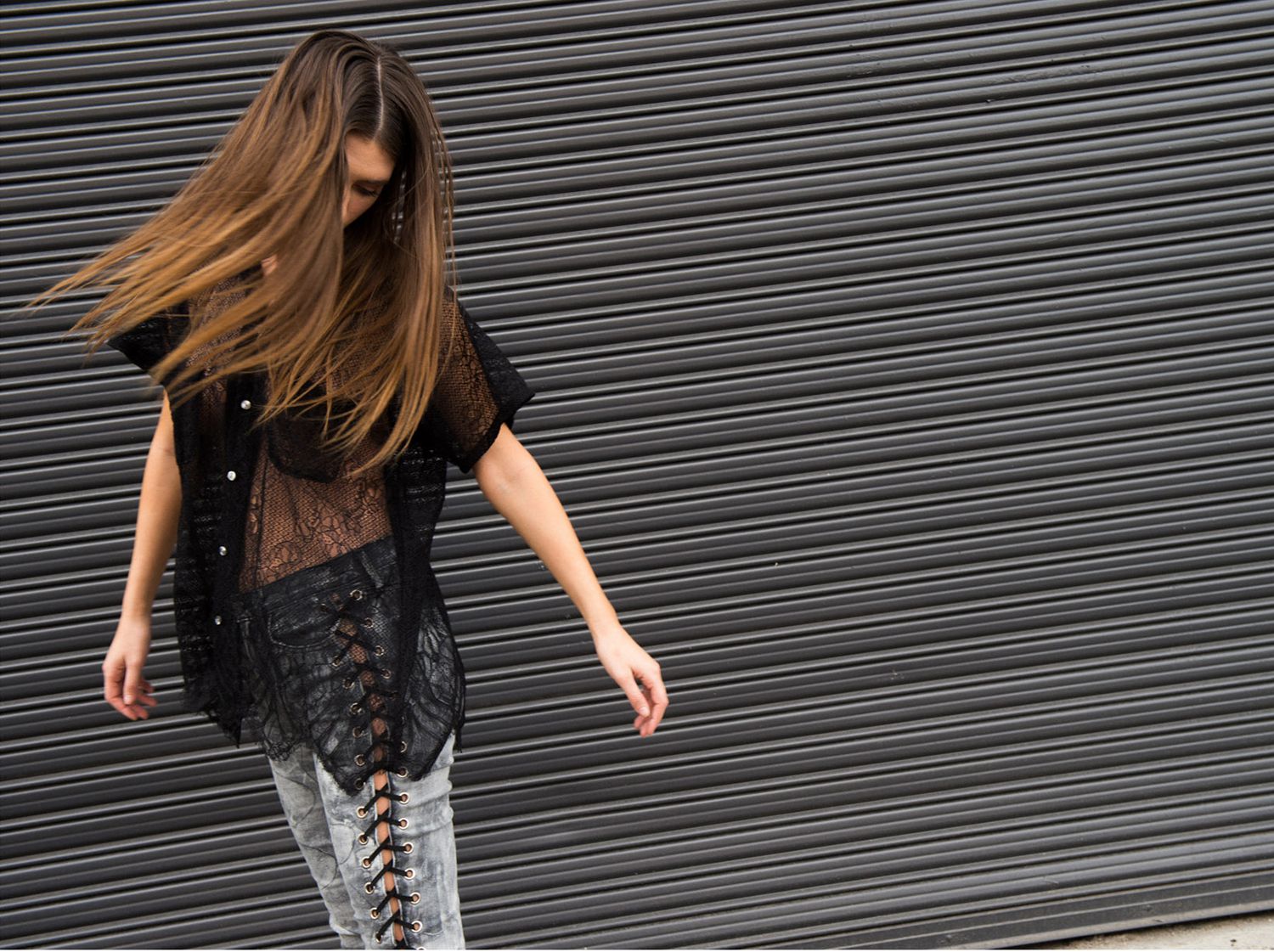 As the daughter of a denim vet, Marta Goldschmeid (yup, her dad is AG Jeans founder Adriano) grew up in the industry — but rather than simply retracing her father's footsteps, the designer is forging her own legacy by combining her rock 'n' roll edge with a see-now-buy-now approach. The result: limited-run styles that you'll have to snap up before they're gone forever — or at least until they hit Ebay, which could very well happen given Made Gold's recent double sighting on It sisters Gigi and Bella Hadid.

Now several seasons in, Goldschmeid took back control of the brand a year ago and found a muse in rebellious Italian actress Asia Argento for her fall/winter '16 collection. Inspired by the ever-refreshing nature of social media, Goldschmeid reveals that "we don't re-release anything"; instead, past season silhouettes are upgraded in new washes and different hardware. Pricing runs from $125 for a sleeveless top to $228 for mid-rise skinnies in a paint-splattered finish to $298 for the Hadid-faved Betty lace-ups.

"I get very excited about what I'm making so I'll put it on Instagram," Goldschmeid adds. "By the time it comes out six months later, [shoppers] are not really interested." Dropping multiple capsule collections on the reg makes it "a constant conversation." Up next: a collaboration with graffiti artist Yuki Haze, which lands on Made Gold's site this Friday.

Where to buy: Online at Made Gold and in-store at Ron Herman in Fred Segal and Madison Los Angeles (8745 West Third St.)

Zendaya in Made Gold - DenimBlog

Made gold is a denim-focused, girl-powered streetwear brand with serious genes